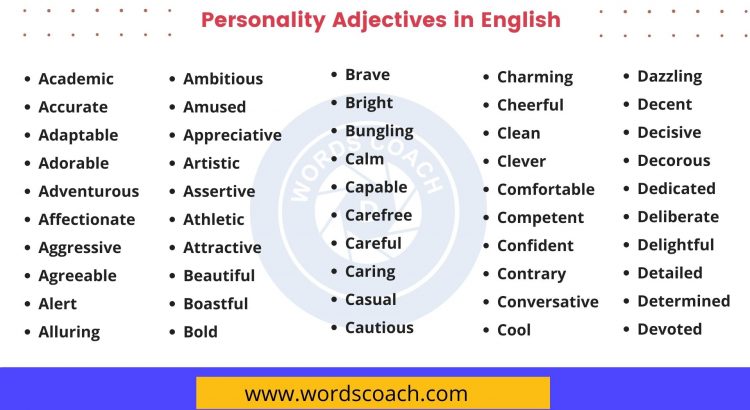 Here is a list of English words that are often used to describe someone’s personality.