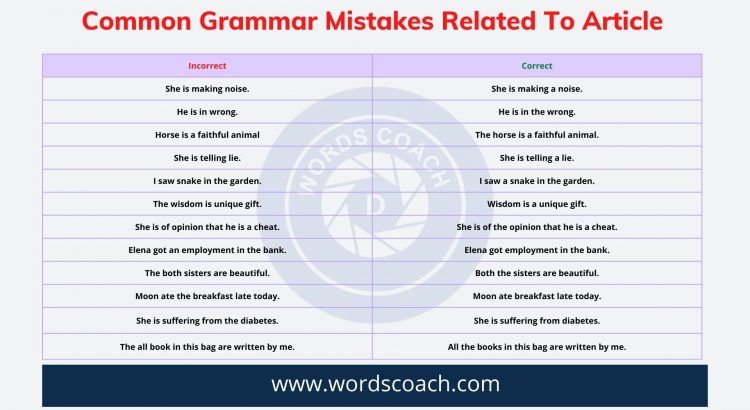 There are three articles (A, An, The) in English grammar. Articles are used before a noun, an adjective, and an adverb. 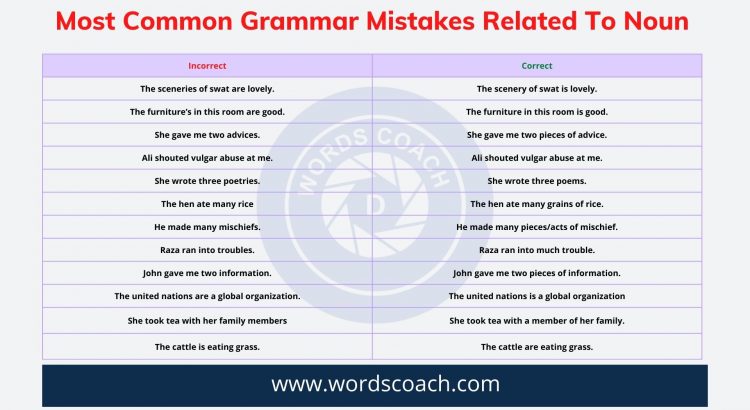 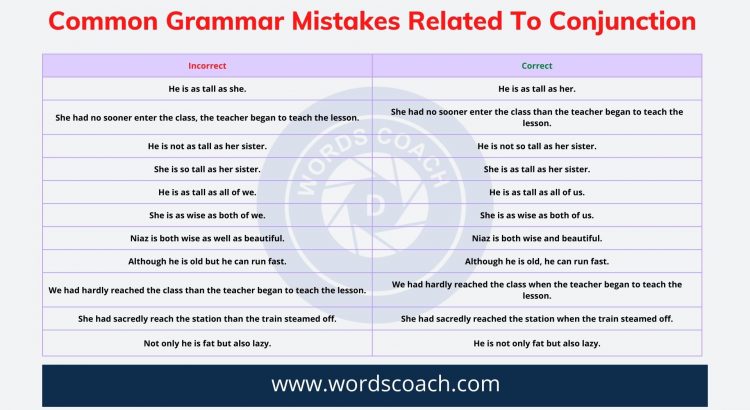 A conjunction is a word that is used to connect words, phrases, and clauses. There are many conjunctions in the English language, but some common ones include and, or, but, if, because, for, and when. 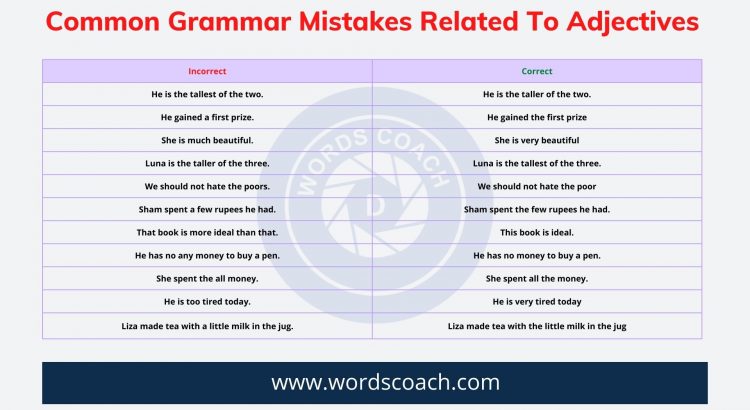 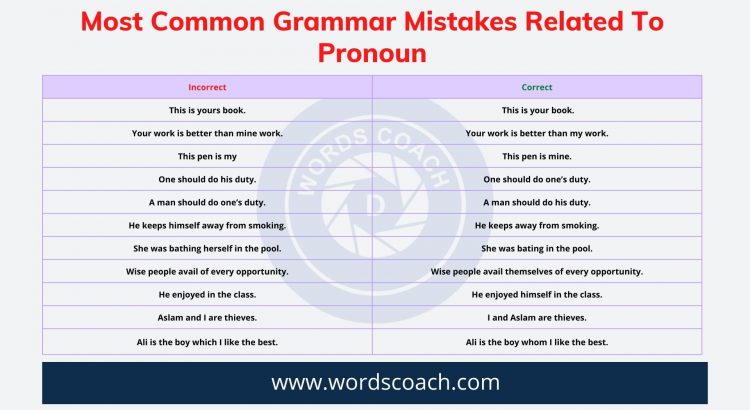 A pronoun is a word that is used instead of a noun or noun phrase. Pronouns refer to either a noun that has already been mentioned or to a noun that does not need to be named specifically.

The verb suggest should be used with a gerund or a that-clause. It cannot be used with a to-infinitive. The verbs discuss, describe, order and request are transitive verbs. They should be followed by direct objects, and not prepositions. 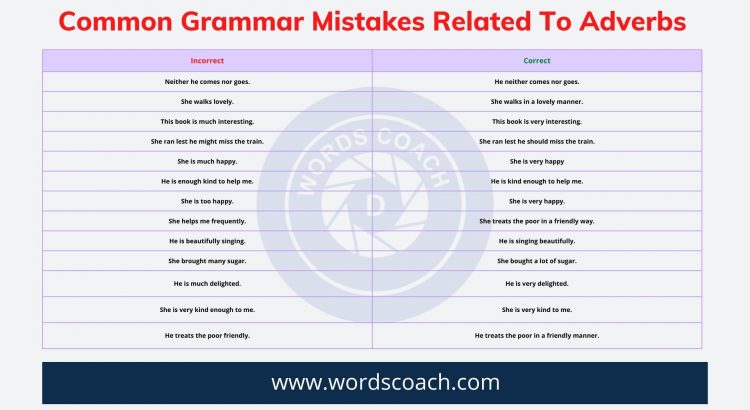 One common mistake with adjectives and adverbs is using one in the place of the other.