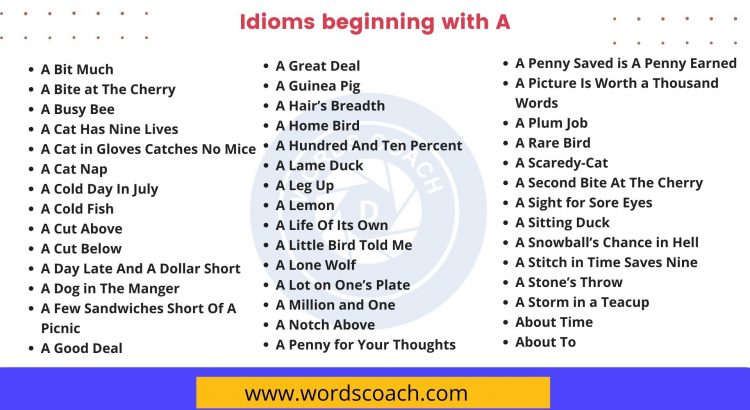 English idioms, proverbs, and expressions are an important part of everyday English. They come up all the time in both written and spoken English. Because idioms don’t always make sense literally, you’ll need to familiarize yourself with the meaning and usage of each idiom. That may seem like a lot of work, but learning idioms is fun, especially when you compare English idioms to the idioms in your own language.

Here’s a list of “Idioms beginning with A” in English: