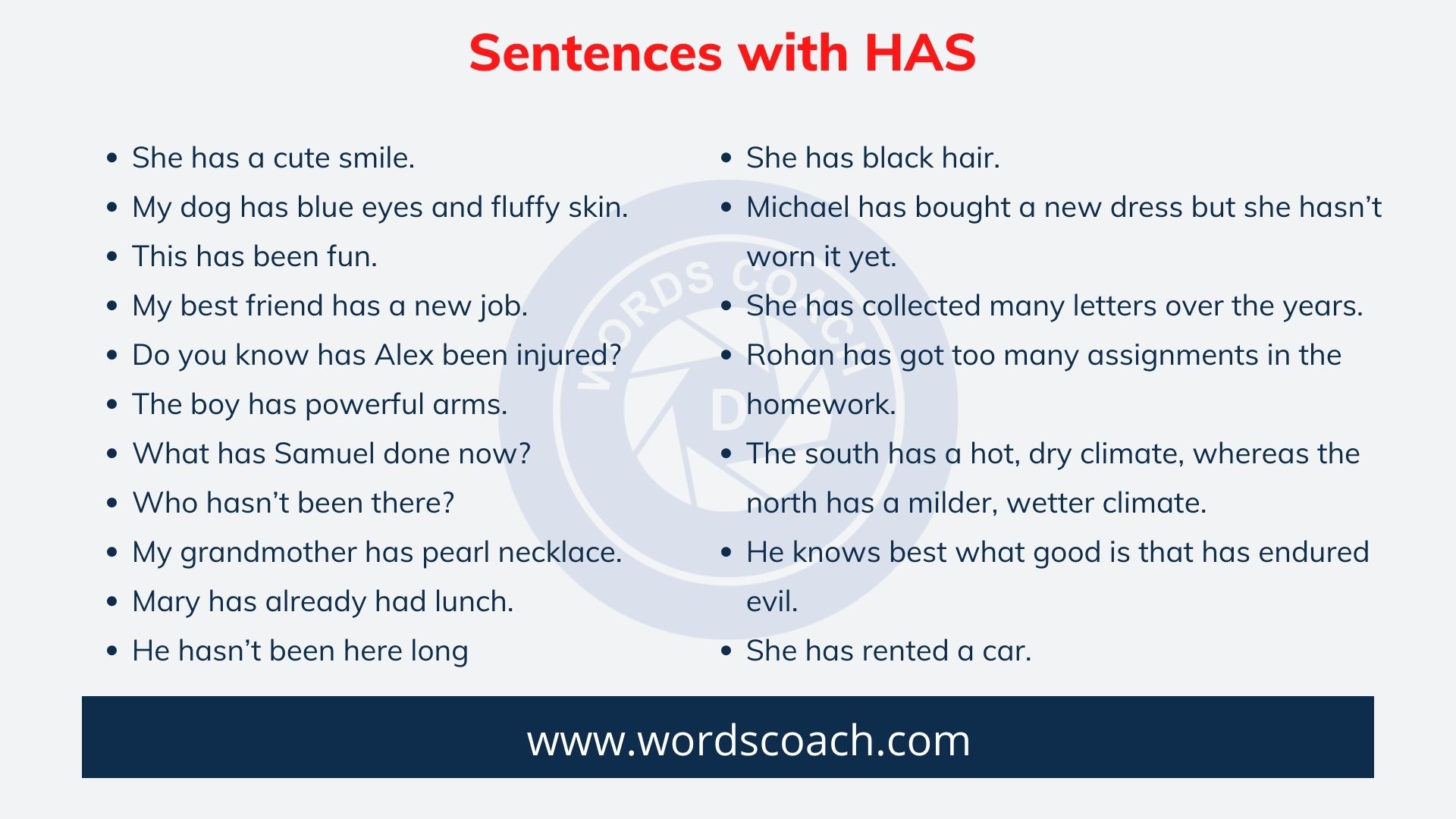 We use ‘has’ to show possession or ownership of singular objects. Has is used with he, she, and it.

Also, Has is defined as to possess or own something.