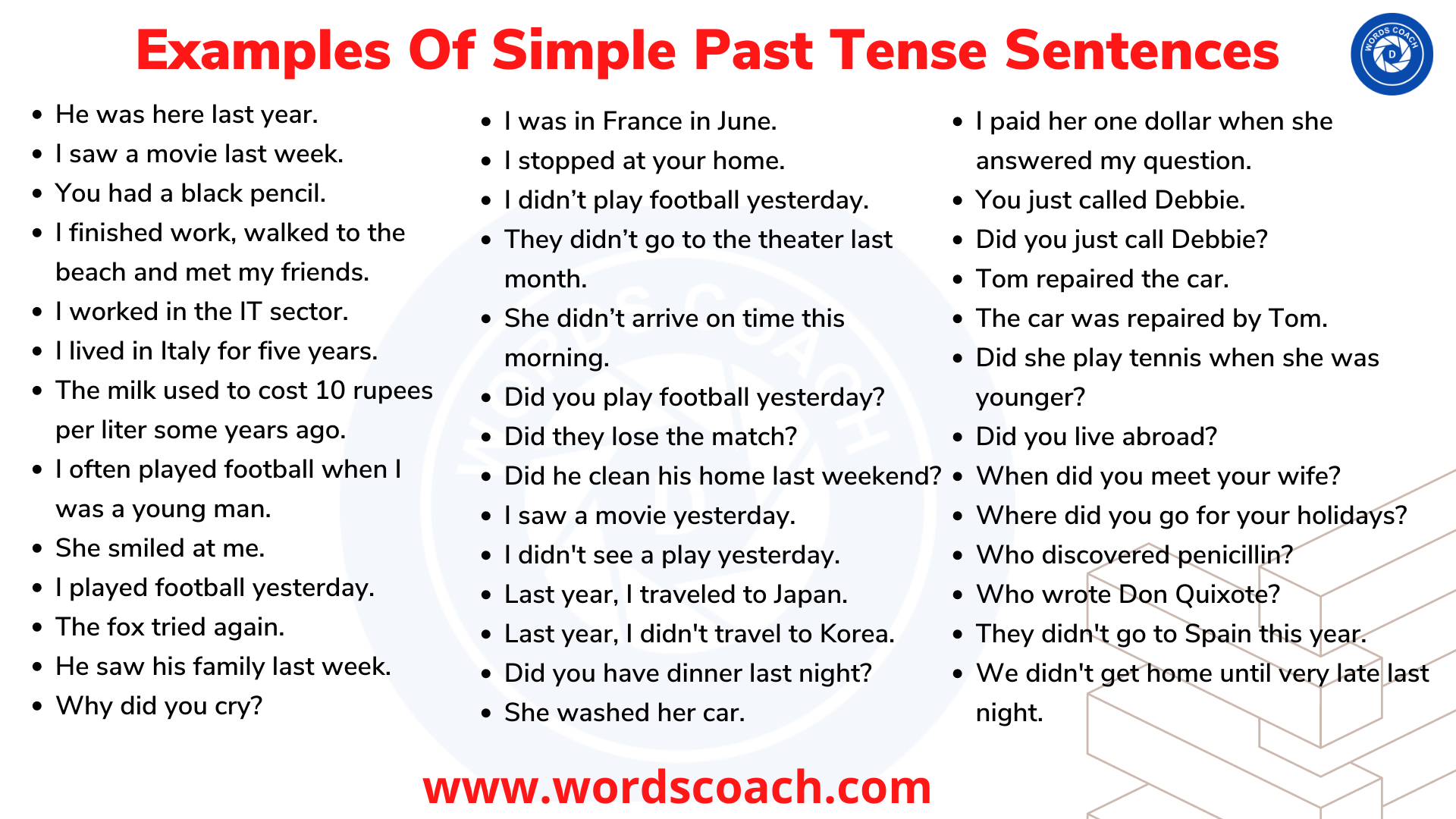 Simple past tense refers to an action that was done in the past. Use this tense to show an event or action that took place at a specific time in the past and now it’s over.

The simple past is a verb tense that is used to show that a completed action took place at a specific time in the past.

The simple past is also frequently used to talk about past habits and generalizations. Read on for detailed descriptions, examples, and simple past exercises.

Statement: He was here last year.
Question: Why did you cry?
Negative: You did not call Debbie.

Forming the Simple Past

Examples of Simple Past Tense

Exercises on Simple Past Tense