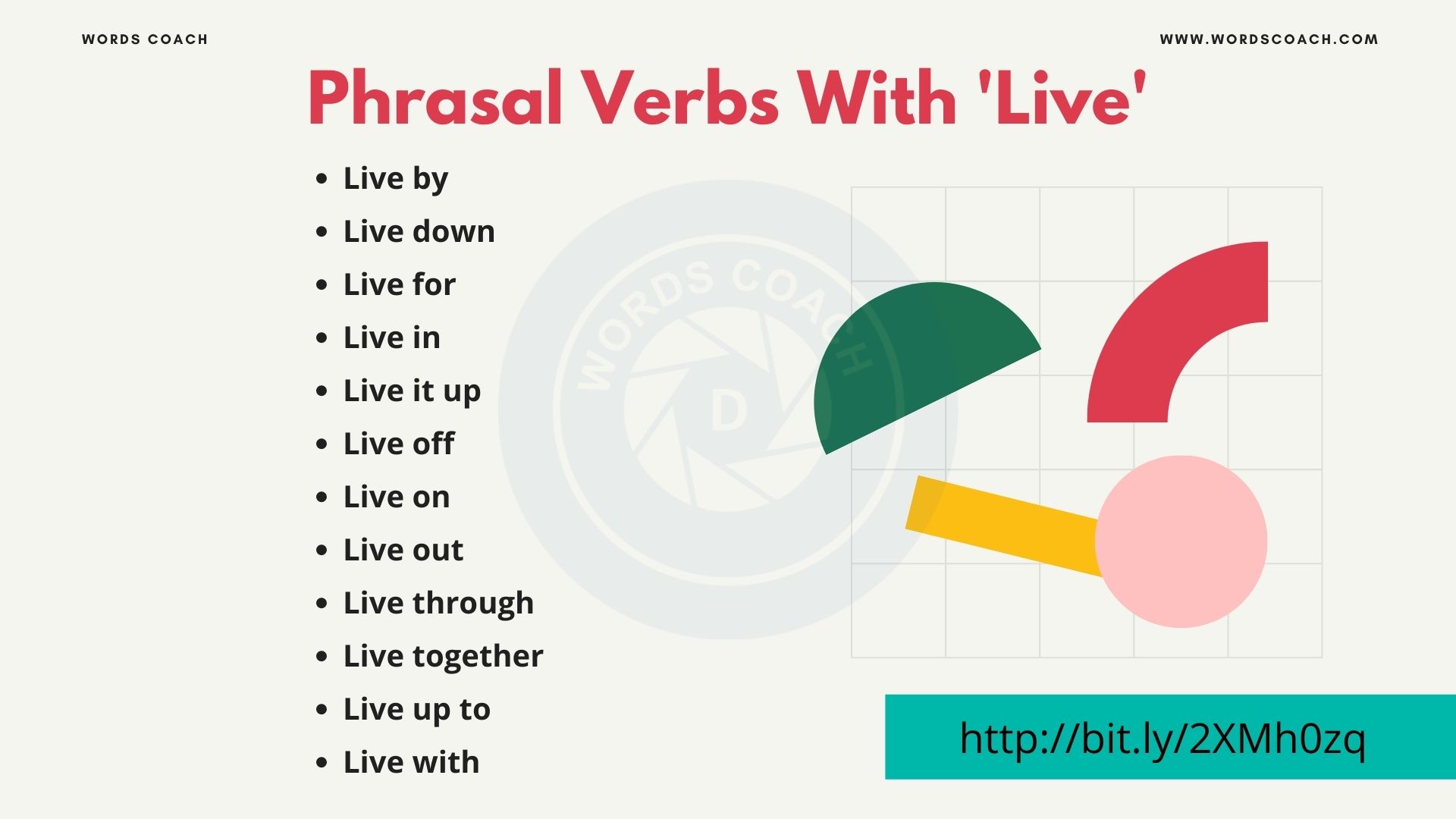 Phrasal verbs start with ‘Live’ (Phrasal Verbs With Live). A Phrasal verb like Live by, Live down, Live for, Live in, Live it up, and more.

Meaning: Follow a belief system to guide your behaviour
Example: Lovers live by love, as larks live by leeks.

Meaning: Stop being embarrassed about something
Example: They live down to the teacher’s expectations of them.

Meaning: Believe something is extremely important
Example: I can live for two months on a good compliment.

Meaning: Live in the place where you work or study.
Example: People who live in glass houses shouldn’t throw stones.

Meaning: Have a good time by spending a lot of money
Example: Let’s go to Europe for two weeks and live it up.

Meaning: Be financially supported
Example: Dad lost his job and we had to live off welfare.

Meaning: Use money for basic necessities
Example: Medicines are not meant to live on.

Meaning: Not be forgotten
Example: It was becoming more and more difficult to live on his salary.

Meaning: Stay somewhere until you die
Example: Live out of your imagination, not your history.

Meaning: Fulfill an ambition or fantasy
Example: Whether you live in or live out is entirely up to you.

Meaning: Not live at the place where you study or work
Example: They live out in the countryside, miles from anywhere.

Meaning: Experience different times
Example: The doctor doubted whether the patient would live through that month.

Meaning: Have a relationship and live in the same place without marrying
Example: The two communities live together in peace.

Meaning: Meet expectations or standards
Example: She is quick to reproach anyone who doesn’t live up to her own high standards.

Meaning: Accept something unpleasant
Example: If you live with a lame person, you will learn to limp.