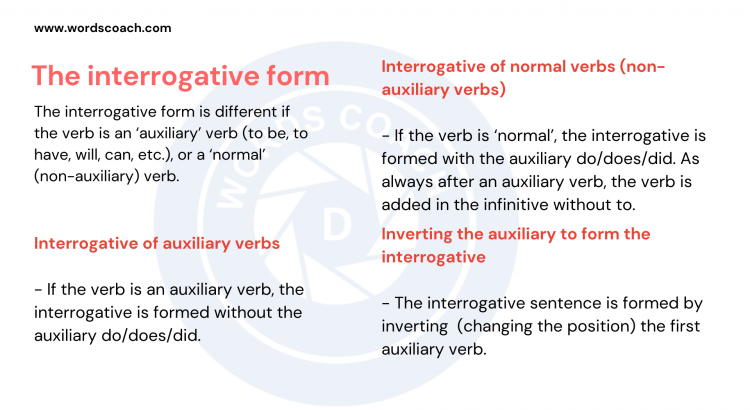 The interrogative form is different if the verb is an ‘auxiliary’ verb (to be, to have, will, can, etc.), or a ‘normal’ (non-auxiliary) verb.

Inverting the auxiliary to form the interrogative

Note: The ‘normal’ verb to do is also conjugated with the auxiliary do/does/did.

– In the case of interrogatives introduced by pronouns (Who, What)

What are interrogative adverbs?