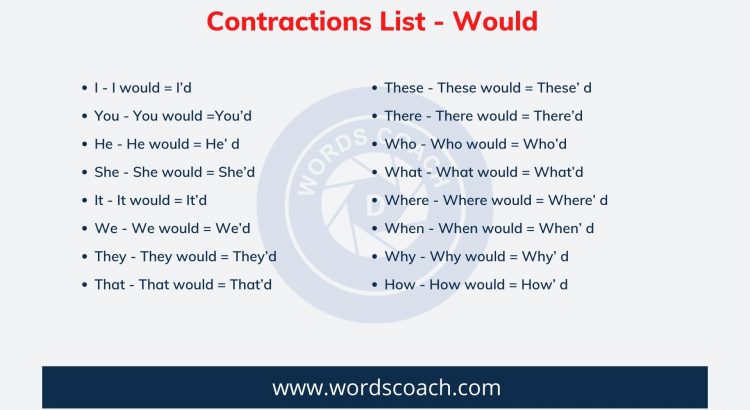 A contraction is a word made by shortening and combining two words. Words like can’t (can + not), don’t (do + not), and I’ve (I + have) are all contractions. People use contractions in both speaking and writing.