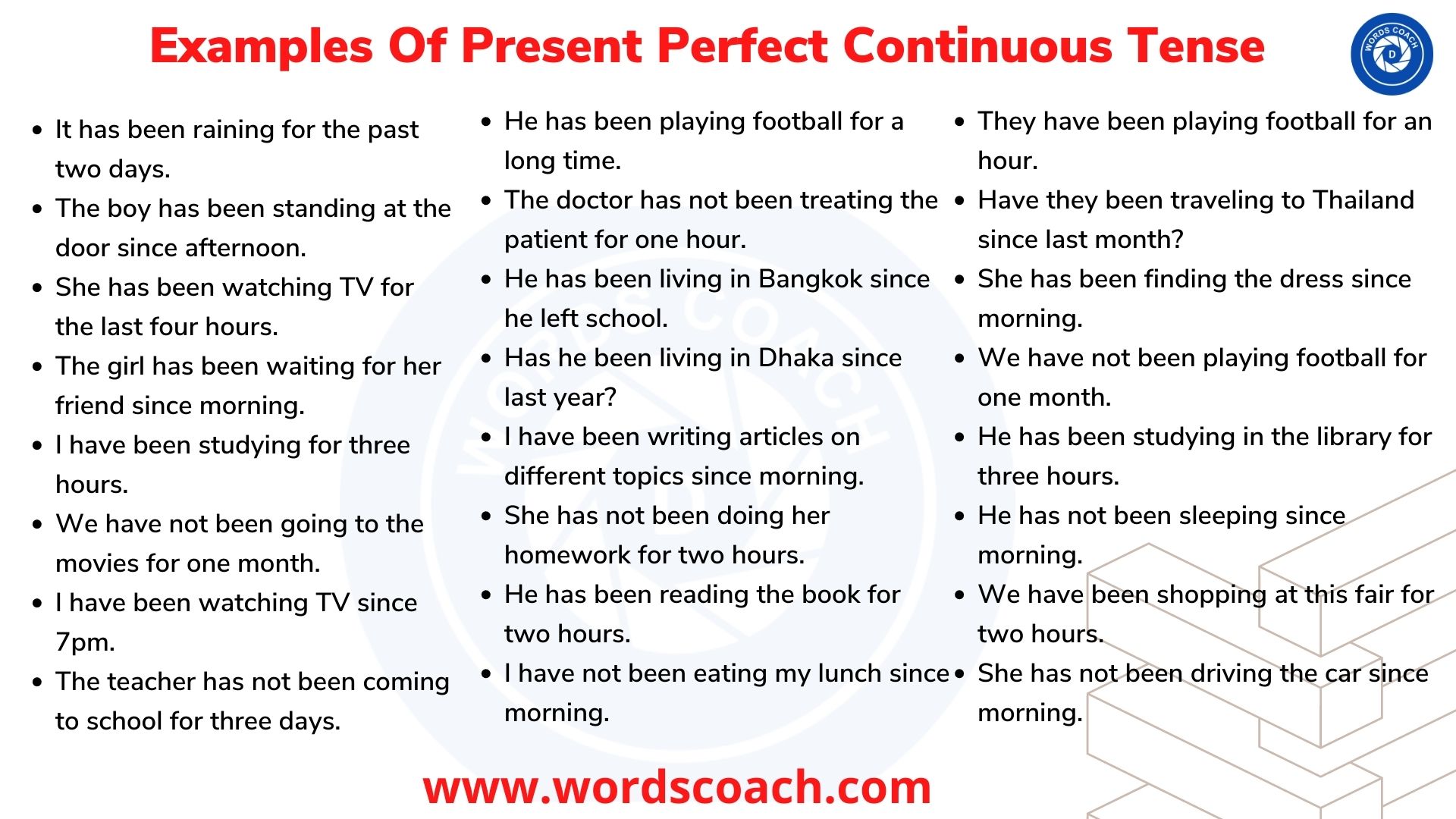 Present perfect continuous tense depicts an action that started in the past, is continuing at present, and may continue in the future. The structure of this tense is has/have + been + main verb + ing.

Examples Of Simple Past Tense Sentences