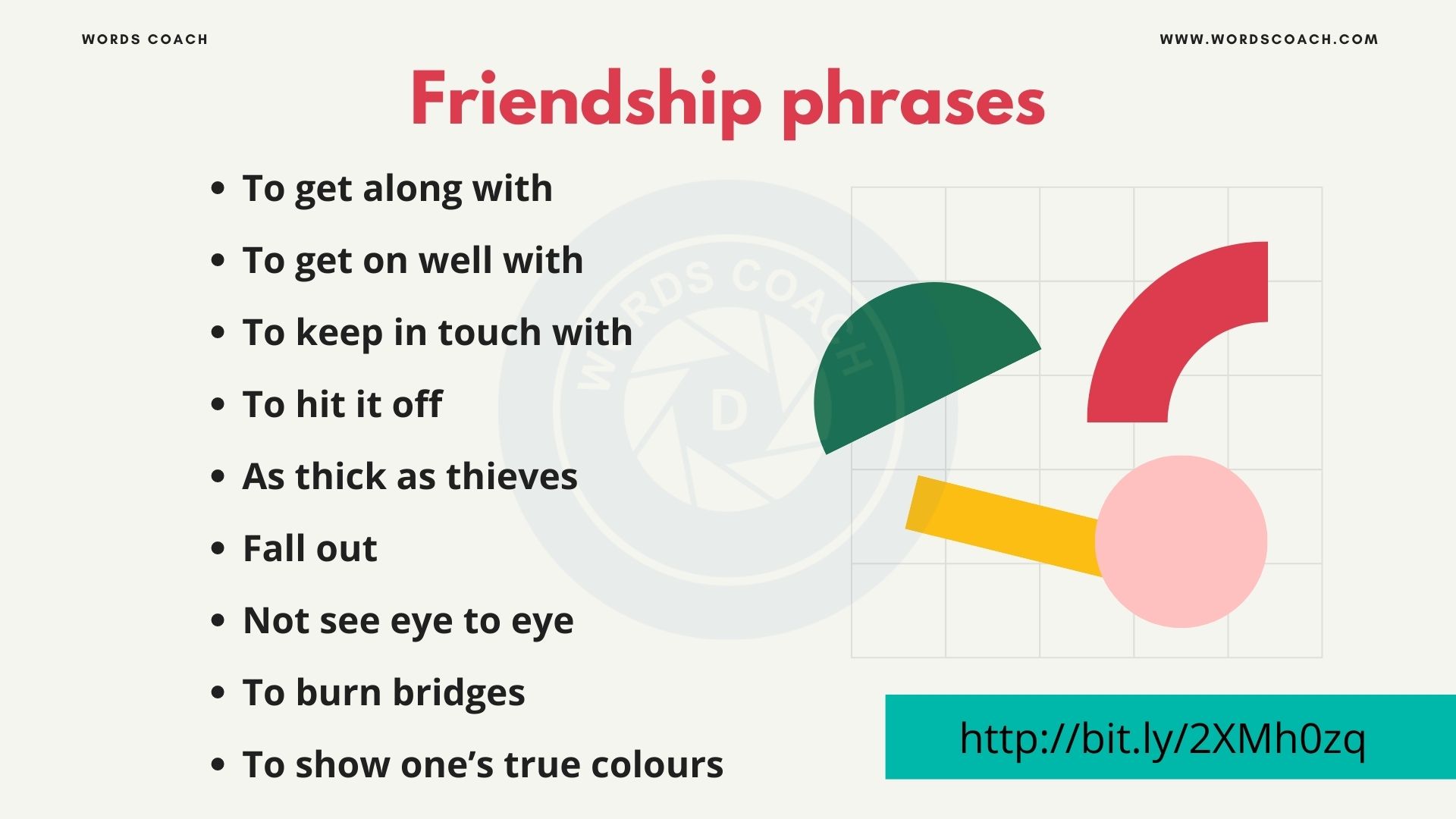 Friendship is a relationship of mutual affection between people. It is a stronger form of interpersonal bond than an association, and has been studied in academic fields such as communication, sociology, social psychology, anthropology, and philosophy.

To get along with

We have known each other for more than a decade. That’s because we get along well with each other.

To get on well with

To keep in touch with

I still keep in touch with my friends from my previous job. We meet up now and then.

To hit it off

They only met yesterday but they hit it off and have already started making plans to go on a holiday together.

As thick as thieves

People say we’re as thick as thieves and I agree. We’ve never ever squabbled since we became friends.

I had a fall out with her recently and after that, we’ve not spoken much.

Not see eye to eye

They do not see eye to eye on a number of things so I can’t see them staying friends for long.

It’s so much harder to build bridges than burn bridges with anyone so we should be very careful when we make friends.

I thought I could count on him but he showed his true colours when I needed help.