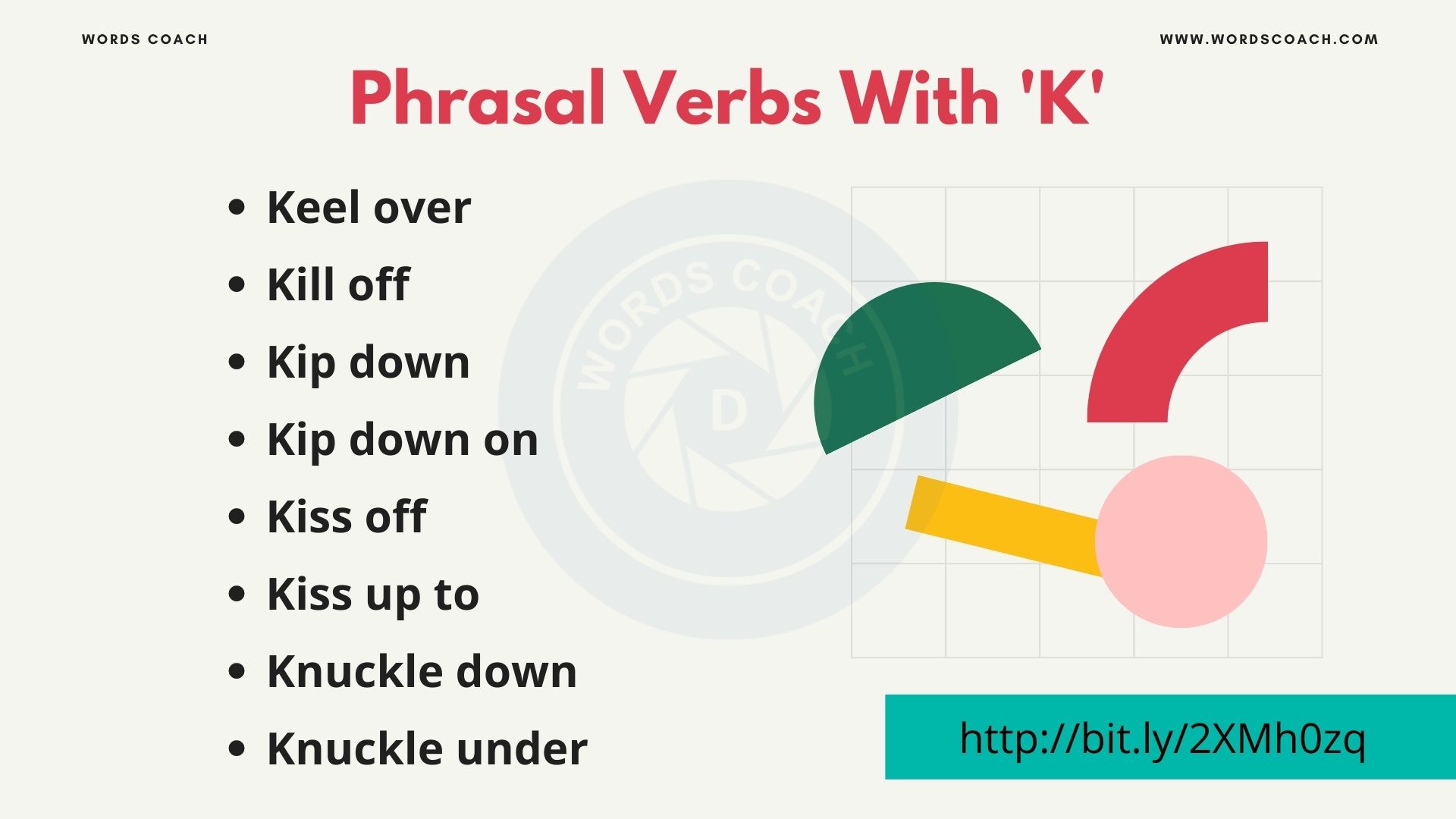 Phrasal verbs start with K (Phrasal Verbs With K). A Phrasal verb like Keel over, Kill off, Kip down, Kip down on, Kiss off, and more.

Meaning: Turn upside down
Example: Truly I would keel over in spasms of exquisite nostalgia.

Meaning: Surrender, give in
Example: The strong wind made the sailboat keel over and the passengers fell into the water.

Meaning: Reduce or exterminate a population by hunting, pollution, development, etc.
Example: All blood products are now heat treated to kill off any infection.

Meaning: Sleep away from your home, often without planning to
Example: There are rooms for drivers to kip down for the night.

Meaning: Sleep on something other than a bed
Example: Don’t worry about a bed for me, I can kip down on the floor.

Meaning: Used to tell someone to go away
Example: It would’t be advisable for us to kiss off their objections.

Meaning: Consider something to be unimportant or inferior
Example: The corporations are getting exceedingly rich, but manage to kiss off those who do the actual work for them.

Meaning: Try to get into someone’s favour
Example: He’s a creep and is always Kissing up to the director.

Meaning: Make a great effort
Example: The only thing to do was knuckle down and get on with some serious hard work.

Meaning: Submit to authority
Example: The United States, he said, did not knuckle under to demands.

Phrasal Verbs Starting With I