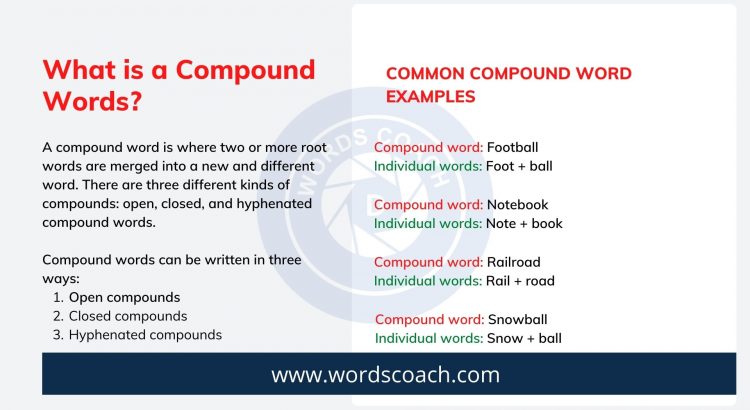 A compound word is where two or more root words are merged into a new and different word. There are three different kinds of compounds: open, closed, and hyphenated compound words.

What Are Compound Words?

Closed compound words are formed when two fully independent, unique words are combined to create a new word. For example, you would combine “grand” and “father” to create the closed-form word “grandfather”. These are the most common types of compound words.

Open compound words remain separate when written but are used together to create a new idea. For example, “Cream” and “cheese” are unrelated to each other. But when you combine them and use them as one word, you will have “Cream cheese,” which is already a different noun with its own meaning.

Hyphenated compound words are formed when two separate words are joined together by a hyphen or dash. A common example is “mother-in-law.”

Following is a list of 1000 close compound words in English