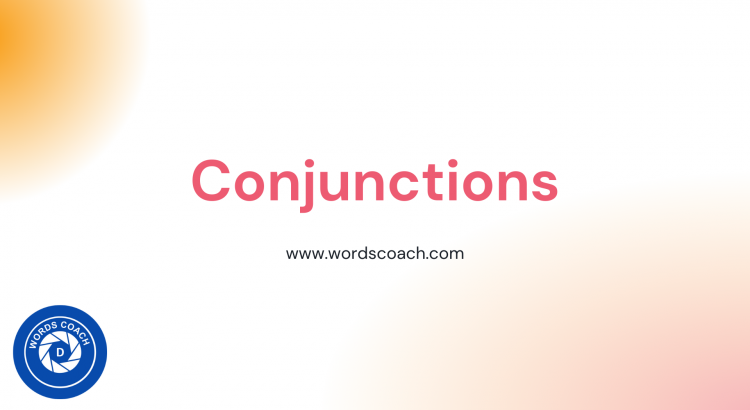 A conjunction is a word that is used to connect words, phrases, and clauses.

There are many conjunctions in the English language, but some common ones include and, or, but, if, because, for, and when.

The first sentence is consistent and therefore correct, the second sentence is incorrect.

There are three basic types of conjunctions:

This type of conjunction is used to connect items that are grammatically equal: two words, two phrases, or two independent clauses.

There are seven coordinating conjunctions in English, and you can remember them using the mnemonic device FANBOYS: for, and, nor, but, or, yet, so.

A conjunction of this type is placed between the items that it links together.

Coordinating conjunctions can join two nouns, verbs, adjectives, or other types of word.

They can also join different types of phrases.

Common subordinating conjunctions are although, because, while, since, as, though, and whereas. Sometimes an adverb, such as until, after, or before can function as a conjunction.

Here, the adverb until functions as a subordinating conjunction to connect two ideas:

When, who, whoever, whom, whomever, whose, where, wherever, whatever, which, how, Than, rather than, whether, as much as, whereas, that, whichever, after, as soon as, as long as, before, by the time, now that, once, since, till, until, whenever, while, though, although, even though, if, only if, unless, provided that, assuming that, even if, in case (that), lest, as though, as if, because, since, so that, in order (that), that, as …

The table below shows some common subordinating conjunctions and the relationships they express, but note that this is not a complete list.

Examples of correlative conjunctions are as follows:

Some examples of correlative conjunctions being used within a sentence.

One thought to “Conjunctions”