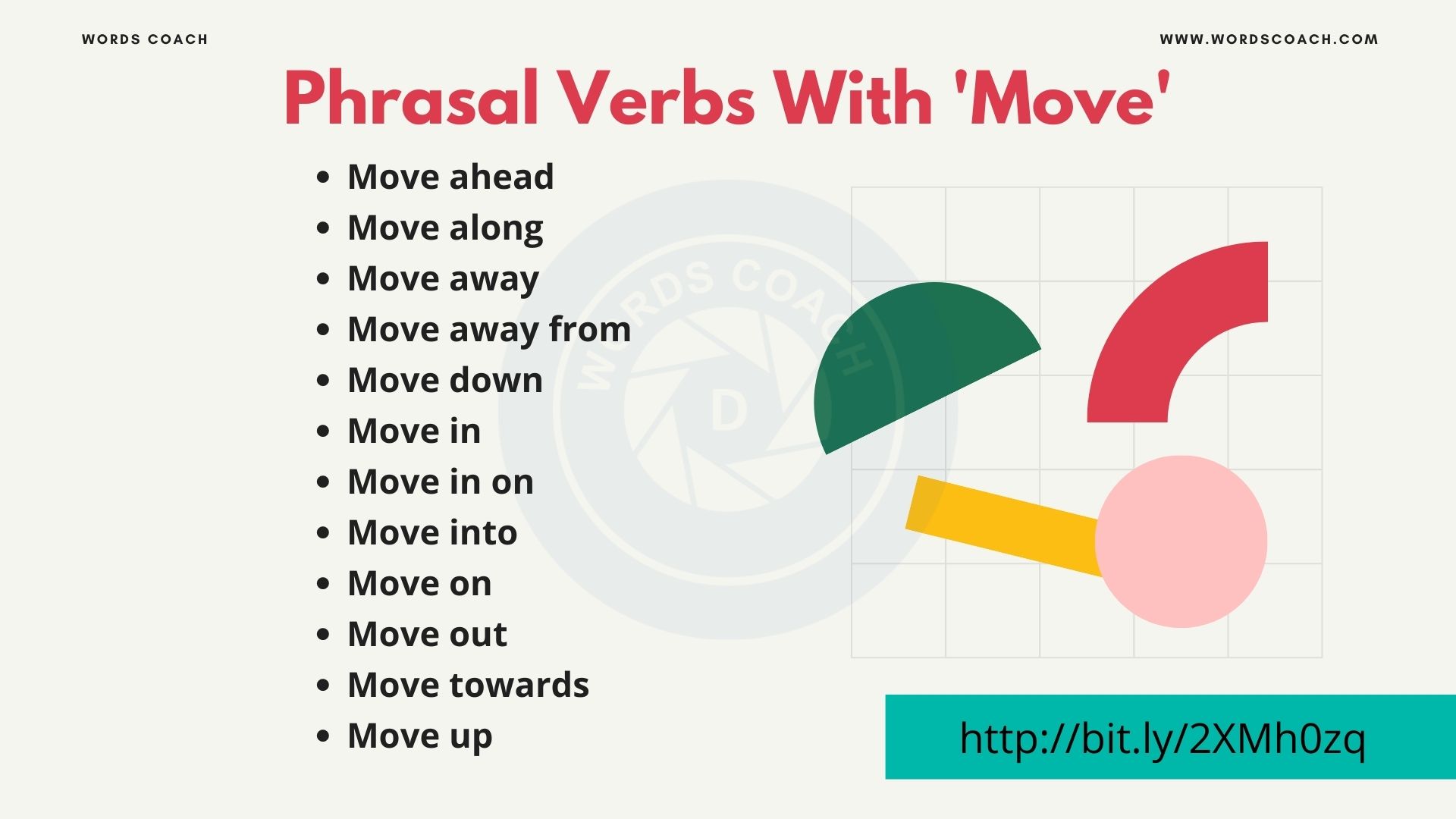 Phrasal verbs start with ‘Move’ (Phrasal Verbs With Move). A Phrasal verb like Move ahead, Move along, Move away, Move away from, Move down, and more.

Meaning: Make progress, often after a pause or delay
Example: If you want to move ahead in your career, you’ll have to work harder.

Meaning: Tell someone to move from a place
Example: The policeman told us to move along.

Meaning: Develop or progress in a reasonable or satisfactory manner
Example: Research tends to move along at a slow but orderly pace.

Meaning: Leave the area where you have been living
Example: The group gets smaller as members move away or drop out.

Meaning: Stop doing or using something to change to something different
Example: There has been a move away from nuclear energy.

Meaning: Move a student to a lower level
Example: Move down inside, please! Make room for others.

Meaning: Approach, often stealthily
Example: The enemy troops moved in on the city and began to attack at dawn.

Meaning: Start living in a place
Example: Mom and Dad had always planned to move into a smaller house when we grew up.

Meaning: Change the subject or your job
Example: To remember, to let go, and to move on.

Meaning: Make people move from a place
Example: It was a bold move on their part to open a branch of the business in France.

Meaning: Leave a place you live or work in
Example: As soon as we can afford it, we’ll move out to the suburbs.

Meaning: Remove
Example: We are going to move out of our old house next month.

Meaning: Change lane or position to pass a vehicle
Example: They wanted to move out of town and start a new life in the country.

Meaning: Make preparations for something
Example: The talks represented the first significant move towards peace.

Meaning: Move to make space
Example: Hold the ladder tightly and move up a rung at a time.

Meaning: Move to a higher level
Example: The kids learn fast, and can’t wait to move up to the junior team.