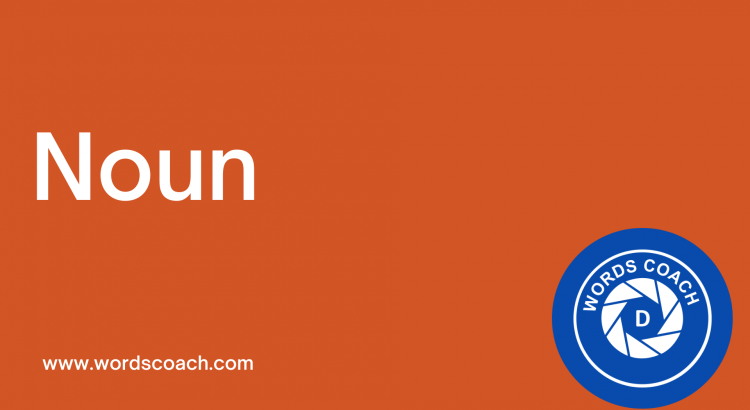 What is a Noun?

“A noun is a word used for naming some person or thing.” – J. C. Nesfield

“A noun is a word used as the name of a person, place or thing” – Wren & Martin

Nouns encompass most of the words of a language.

There are many different types of nouns in English, each designed to serve a different purpose in an English sentence.

Noun can be a/an

A proper noun is a name which refers only to a single person, place, or thing and there is no common name for it.Proper nouns are to always be capitalized, whether or not they are used at the beginning of a sentence.

A proper noun is a name of someone/something which denotes a particular person/thing.

Example: Sydney (it refers to only one particular city), Steve (refers to a particular person), Australia (there is no other country named Australia; this name is fixed for only one country).

Common nouns are the opposites of the proper nouns. It is not anything, person, or place, in particular.

They do not need to be capitalized unless they are the first word of a sentence.

Abstract nouns refer to abstract objects such as ideas, thoughts, or concepts that can not be seen, felt, or held.

An abstract noun is a word for something that cannot be seen but is there. It has no physical existence.

Generally, it refers to ideas, qualities, and conditions.

A concrete noun is the exact opposite of an abstract noun. It refers to the things we see and have physical existence.

They can be singular, plural; and proper, or improper.

A collective noun is a word for a group of things, people, or animals, etc.

Collective nouns can be both plural and singular. However, Americans prefer to use collective nouns as singular, but both of the uses are correct in other parts of the world.

Sometimes two or three nouns appear together, or even with other parts of speech, and create idiomatic compound nouns.

Idiomatic means that those nouns behave as a unit and, to a lesser or greater degree, amount to more than the sum of their parts.

They ordinarily are made up of more than two other words that can be constructed by joining two words at one time.

Combining “Father”, “in”, and “law”, for example, can result in the compound “Father-in-law”.

A possessive noun is a noun that names who or what owns or has possession of something.

Notice: The number of balls does not matter. The structure is influenced by the possessor and not the possessed.

Example (Regular Nouns) : The Teacher’s, Drew’s, The team’s, My mother’s, Her brother’s, Our child’s, The boy’s, etc.

Example (Possessive Pronouns) : My, Your, Hers, His, Mine, Ours, Theirs, etc.

Learn how to form regular plural nouns in English with examples.

Irregular plural nouns are nouns that do not become plural by adding -s or -es, as most nouns in the English language do.

For example, the plural form of man is men, not mans. The plural form of woman is women, not womans. There are hundreds of irregular plural nouns, and in truth, you must memorize them through reading and speaking.

Examples of irregular nouns in singular and plural format:

Learn the difference between plural and singular nouns; and different ways to form Irregular Plural Nouns in English.